Anyone who knows BTS‘s Jin recognizes how much better the world is with him in it!

BTS wouldn’t be BTS without Jin. He’s made a positive impact in the lives of all of the members and also ARMY.

As the eldest member, he is always looking out for the other members. Whether preparing meals for them or making them laugh, he does all he can to make them feel loved.

Not only does he actively show love to others, but he has taught all of us how to love ourselves better. Being the king of confidence that he is and with the release of songs, such as “Epiphany,” he leads by example.

It’s no wonder that Jin can get along with absolutely everybody, including even BTS’s boss Bang PD, as he is an incredibly considerate and polite person. Being as thoughtful as he is, he is also honest in that whenever he makes promises, he truly means it. Even if it’s months later, Jin will prove himself to be a man of his word and live up to the promise he had made. 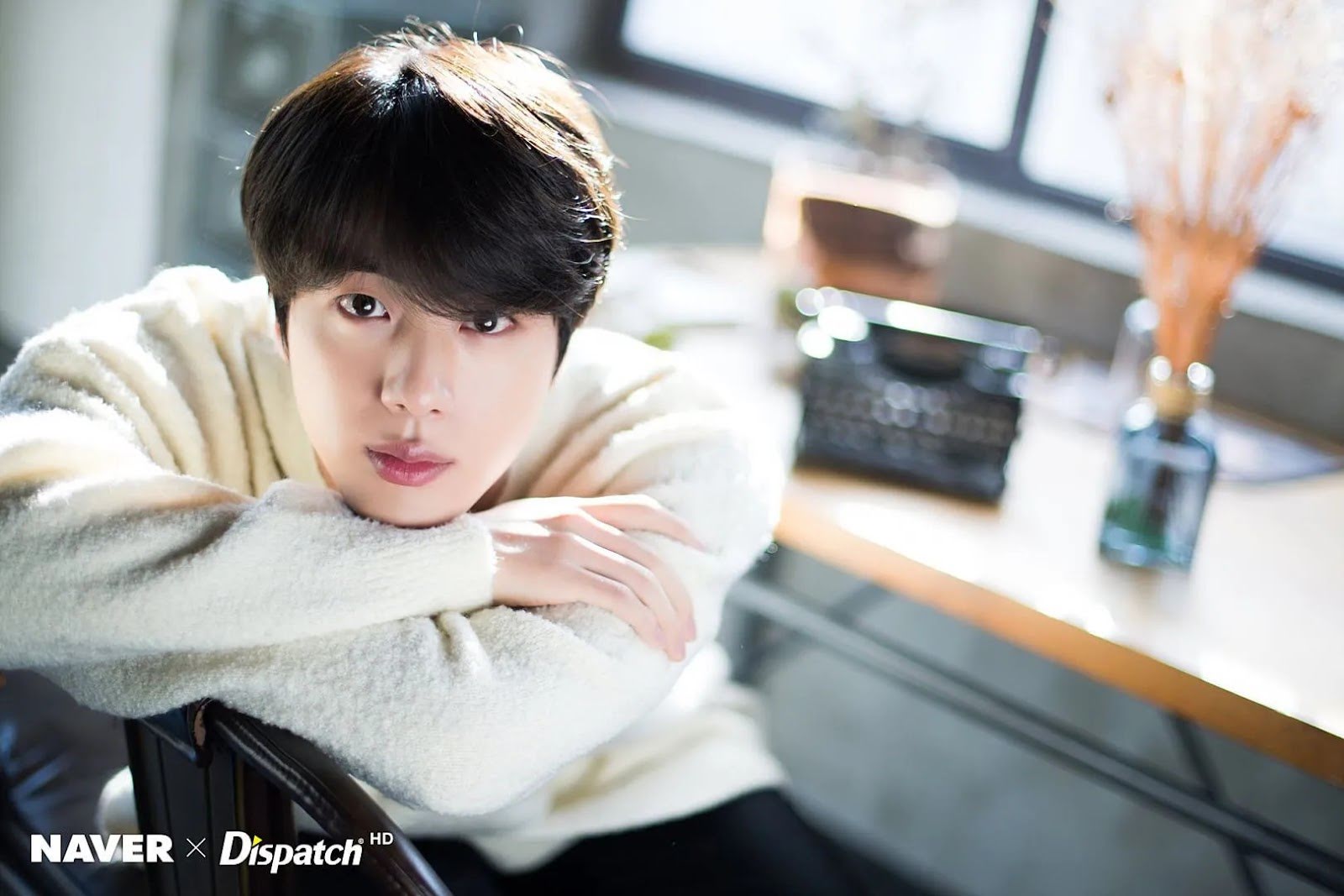 So, here are 5+ times Jin proved himself to be a man of his word, always keeping his promises…

1. When he gifted RM a bicycle for his birthday

During BTS’s Zoom fanmeeting, RM and Jin revealed that Jin would be buying RM a bicycle for his birthday, knowing how much the leader loves bicycling. 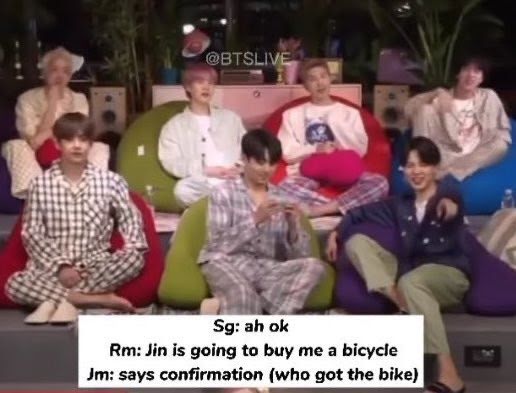 RM himself shared that Jin had fulfilled the promise during his birthday live broadcast. He even brought the bicycle out to show it off proudly to ARMY!

i wouldnt go as far as assembling the bike but i just attatched the basket at the front namjoon pic.twitter.com/Tb1f2pR4Rv

2. When he did a live broadcast with RM a month after promising

During the unboxing video for the Butter album, Jin promised to do a live broadcast with RM within one month.

Exactly one month later, Jin did a solo live broadcast, explaining that he wanted to keep the promise, but RM was getting his haircut. Still, he planned to do a live broadcast with RM!

About a week later, they finally got to do the highly anticipated “NamJin” broadcast! So, even if it was later, Jin still was able to keep his promise.

3. When he and Suga went fishing

During BTS: Bon Voyage 3 in Malta, fishing buddies Suga and Jin agreed to go fishing together when they returned to Korea.

Sure enough, they did! They released photos and footage from their fishing adventure on Twitter and BANGTANTV, respectively, showing evidence that the two kept their promise to each other!

4. When he paid for BTS and the staff’s meal

A couple of days before Suga’s birthday last year, the members held a live broadcast. The members suggested that the oldest member pay for the birthday meal.

On Suga’s birthday, a video was posted on Twitter, showing Jin paying for not only all of the members but also the staff’s food with his exclusive Digital Hyundai black card. The grand total was approximately 878,000 won ($759 USD)!

5. When he gave Chef Lee Yeon Bok an autograph for his grandson

Chef Lee Yeon Bok and Jin became close friends after meeting during the filming of Please Take Care Of My Refrigerator in 2017.

Four years later, they are still friends, and Chef Lee Yeok Bok revealed recently that he had seen Jin after BTS did 2021 Muster Soowoozoo for FESTA. His grandson is a fan, so, of course, being the great grandfather he is, he asked his friend for an autograph to take home.

He came here a few days ago as my grandson wanted his signature. I asked him for an autograph, and he said, ‘I’ll go there by tomorrow right after my schedule.’

Jin had promised to visit his Chef Lee Yeon Bok right after schedule to give him the autograph, and he did just that, not even changing out of his outfit yet.

He came here right after the show with his hair tied…

6. When he bought chicken for ARMY

In 2018, the members, particularly Jungkook, teased, saying that Jin would treat ARMY to fried chicken. At the time, he couldn’t do it, but he made up for it a few later at the Show! Music Core pre-recording, purchasing around 400 boxes of chicken with bottles of Coca-Cola for all ARMY in attendance.

7. When he posted a selca after his perm

During his solo live broadcast (before the NamJin one), ARMY asked him to post a selfie after getting his perm. He was hesitant at first but ended up promising to post if it turned out well.

Shortly after, he posted on Twitter, saying that it was successful! Both he and ARMY got their wishes: Jin got curlier hair, and ARMY got a new selfie of Worldwide Handsome!

Check out all of the times Jimin kept his promises below: